I have had a really rotten day today. I’m already dealing with the depression issues, of course, but I’ve had three different instances of being treated really poorly today. Like really, really poorly. It’s got me wondering, do nice folks really finish last? Because today it sure feels like it.

I try my best to be a good person. To remember that everyone is fighting their own battles. To come from a place of care and understanding. And boy, do I feel like I come up with the short end of the stick awfully often. It feels like being the “bigger person” just allows others to take advantage of me, or to take me for granted.

So I thought I’d ask tarot “Do nice folks really finish last?” I wanted to see what perspective I might see in the cards. 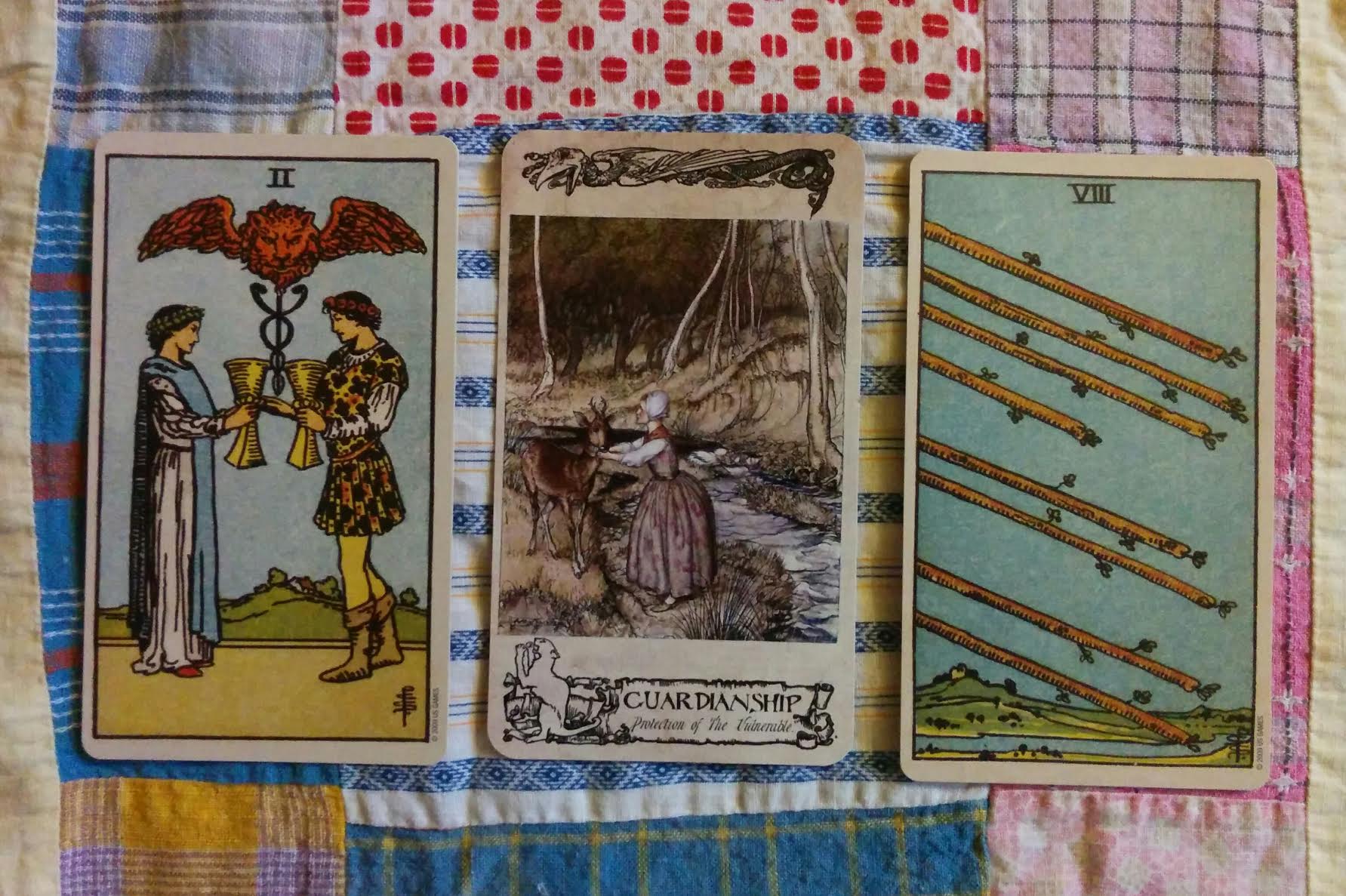 Two of Cups, Guardianship: Protection of the Vulnerable, Eight of Wands

I wasn’t sure what to expect in this spread, but immediately these cards gave me pause.

Community and care are not passive activities. They’re greatly important and shouldn’t be dropped by the wayside when they aren’t reciprocated. But care and compassion should also be directed inward. So when a relationship is consistently negative or toxic, a different kind of action is needed. That could take a few different forms. One possibility is voicing concerns with the person or people involved. If they are invested in the relationship, they should care how you feel. It might not be an easy message to receive, and perhaps they’ll be defensive at first. But change should happen if they truly value you in the same way you value them.

And if you find out that you are not valued, it might be time to bow out. Which might be harder on you than the offending party! Unless of course they’re using you, in which case they may be in for a shocker when they stop receiving whatever satisfaction they’re sucking from your life force.

So I guess nice folks finish last when they never value themselves. But if we stand up for ourselves and leave toxic relationships, we don’t have to come out last.

Of course that’s in a nutshell. Living it out can feel much more gray than that, but this is the reminder I needed today. I can absolutely be a kind and caring person. But when it becomes clear I’m being taken advantage of, it’s time for a new action. And that is a-okay. It doesn’t make me a bad person.